A conundrum: Isn’t Ford in the business of selling as many cars and trucks as possible? “I think any business only exists to make people’s lives better, period,” Ford says. “Shoving more vehicles into an urban environment isn’t doing that.” 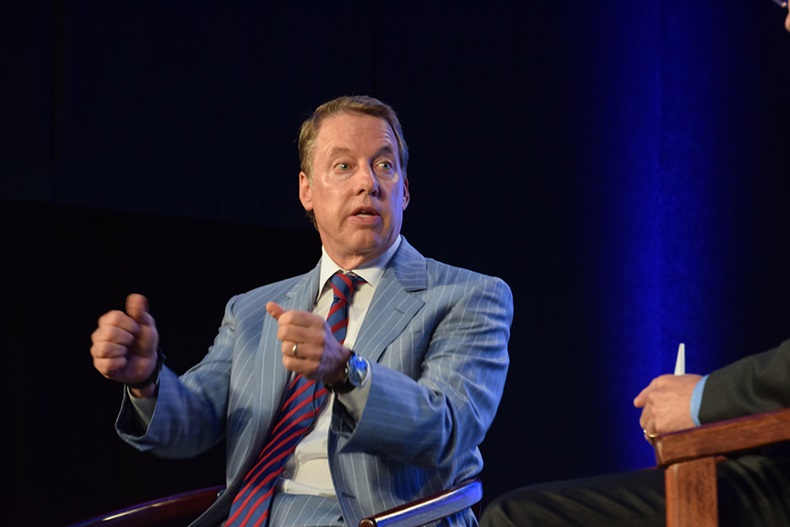 DETROIT – William Clay Ford Jr. is convinced autonomous driving will integrate seamlessly with American roads in the coming years, and he views self-guided cars as a solution for many of the mobility challenges facing society.

“Ultimately I believe all forms of transportation will have to be as a single network, all talking to each other,” Ford’s executive chairman says in a question-and-answer session Monday at the ITS World Congress here at Cobo Center.

He sees many of the technologies necessary to enable self-guided cars, such as radar, cameras and crash-avoidance sensors, already appearing in production vehicles.

As the technologies evolve and consumers become more familiar with them, Ford says he doubts people will be surprised by the time vehicles ultimately pilot themselves down the highway or along city streets. Still, he concedes much work lies ahead.

“In autonomous driving, there are still pieces to be developed that have to be ready for prime time that aren’t quite ready yet,” he says. “But I believe it will happen, and all this will become seamless.”

Bill Ford says he witnessed an accident this week that drove home the point about the dangers of distracted driving, which should become less problematic in the era of cars on autopilot.

“A guy passed me on the road texting, and he hit a tree,” he tells the crowd. “It was awful to see; thankfully he was fine. Right now, you’ve got to have eyes on the road, hands on the wheel. It will be that way for awhile.”

His great-grandfather Henry Ford founded the namesake company and pioneered mass-production methods that launched the era of mobility by making cars affordable for the middle class.

A New Vision for Mobility

But the younger Ford has developed his own vision of mobility that recognizes regional challenges.

“It used to drive me crazy, because I’d sit in meetings and people would say, ‘Well, just look at the GDP (economic) growth in all these countries and extrapolate that out in units sold, and we’re gonna be selling unbelievable amounts of vehicles.’

Ford speaks often about the trend toward megacities as a result of population growth. “The world is urbanizing. So the problems we see in the cities today are going to get that much more acute,” he says. “To me, it seems like a really interesting and vital challenge we have to undertake. How are we going to solve this?”

The executive sees two parallel paths. “On one hand, we have developing nations, and we are selling more vehicles and there are opportunities. But the parallel path is, cities are struggling with transportation today and will struggle even more in the future. And often the money isn’t there to really fix the infrastructure even if they knew how to fix it. It’s an interesting problem to solve.”

Another interesting conundrum: Isn’t Ford in the business of selling as many cars and trucks as possible?

“I think any business only exists to make people’s lives better, period,” Ford says. “At a certain point, shoving more vehicles into an urban environment isn’t doing that. So if we can give people back their most precious commodity, which is time, then that will be very cool. And we will serve society.”

Henry Ford’s belief in mobility yielded the Model T and a cultural shift in America.

“Prior to the Model T, most people had never traveled more than 25 miles (40 km) from home in their entire lifetime, which is incredible. It allowed people to choose where to live, work and play in a way they never had before,” Bill Ford says.

“But that model of mobility is under severe threat. We therefore need to focus on that and help solve it and redefine what mobility is for the coming century.”

Back to the Train

Oddly enough, Henry Ford gave families the freedom to bypass train stations and go wherever they pleased. His great-grandson views trains as a necessity, especially in megacities, aided by a host of connected technologies.

“Think about it: If you are in suburban New York, your cell phone tells you your commute will take another hour because of accidents. So you drive to the train station. Now, you don’t worry about parking. Your parking app has already found you a parking spot. You pay for it automatically.

“Then you are ticketed to get on the commuter train, again through your cell phone – seamlessly, no cash transaction. You go into the city, it’s raining out, you call Lyft or Uber (car services). You go out and have lunch, come back and then at the end of the day you can reverse it. That, to me, is really connected transportation.”

“But everything is not integrated yet,” he says. “I believe not only will it happen, it has to happen.”

The executive chairman also supports a driver’s ability to “opt out” of autonomous driving in the future if he wants full control of steering, braking and accelerating.

“Some people simply cannot and don’t want to get comfortable with the kind of technology that gets me excited and gets you excited,” he says. “We can’t leave some people behind because we load up too much technology.”

He prods his company for consumer complaints related to MyFord Touch, a human-machine interface that Ford has been attempting to improve.

“People come into our dealerships and say, ‘I just want the radio to work, and I don’t know how to do any of the rest of this stuff,’” he says. “Part of our job collectively in this room is to make it easy and seamless for those people.”

Ultimately, Ford encourages the industry to embrace the era of autonomous, connected vehicles, which will require partnerships across many sectors of the economy.

“Disruption’s happening every day, and it will happen even faster and faster,” he says. “We can choose to be energized by it and find a way to make potential foes our friends, or we can try and ignore it. In the past, that’s what the auto industry has done.” 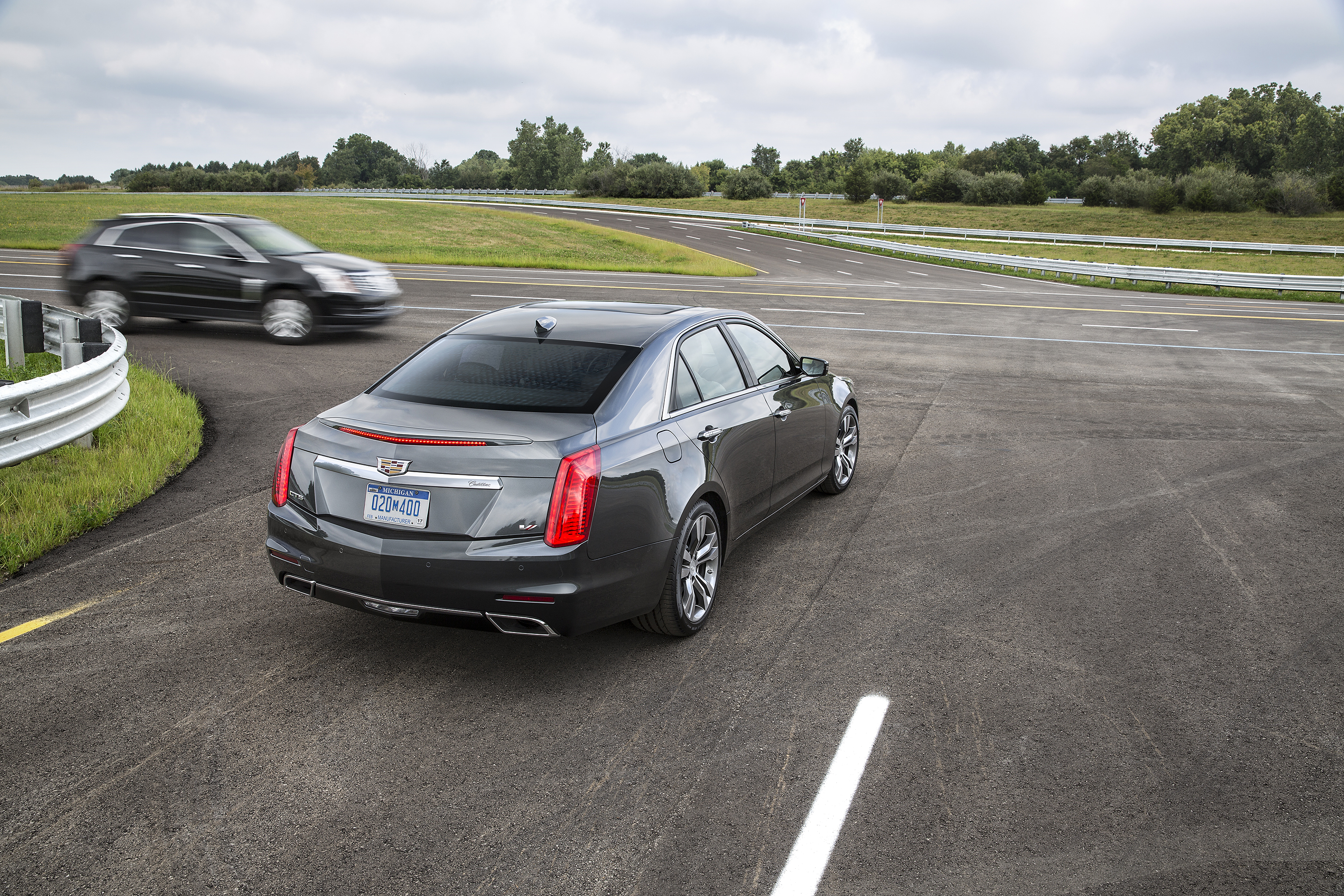 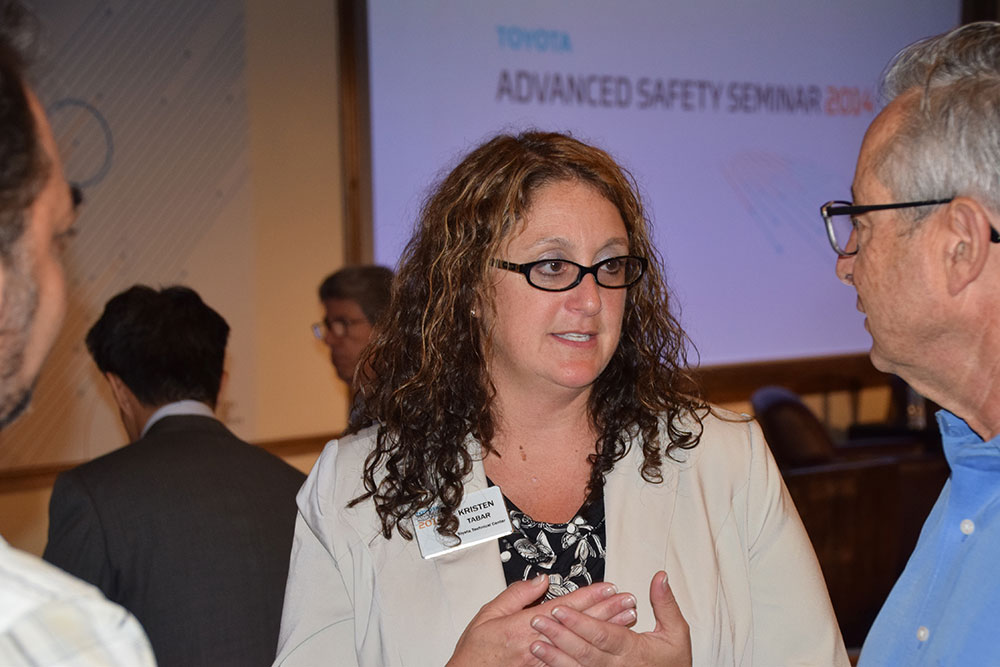 Toyota Gears Up for ITS World Congress 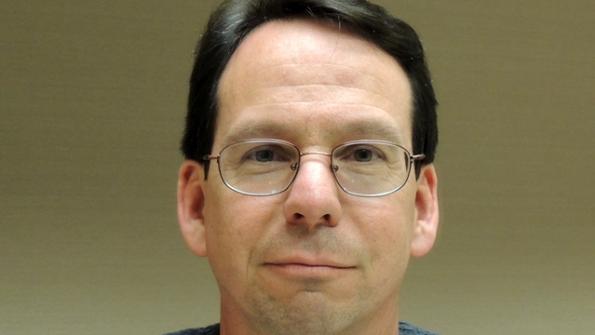 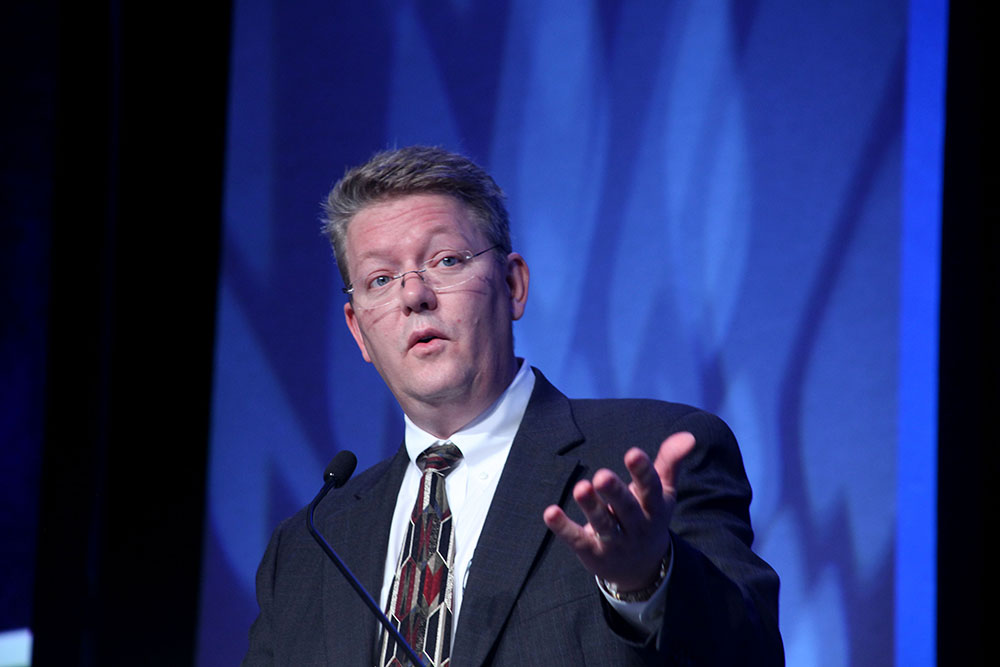 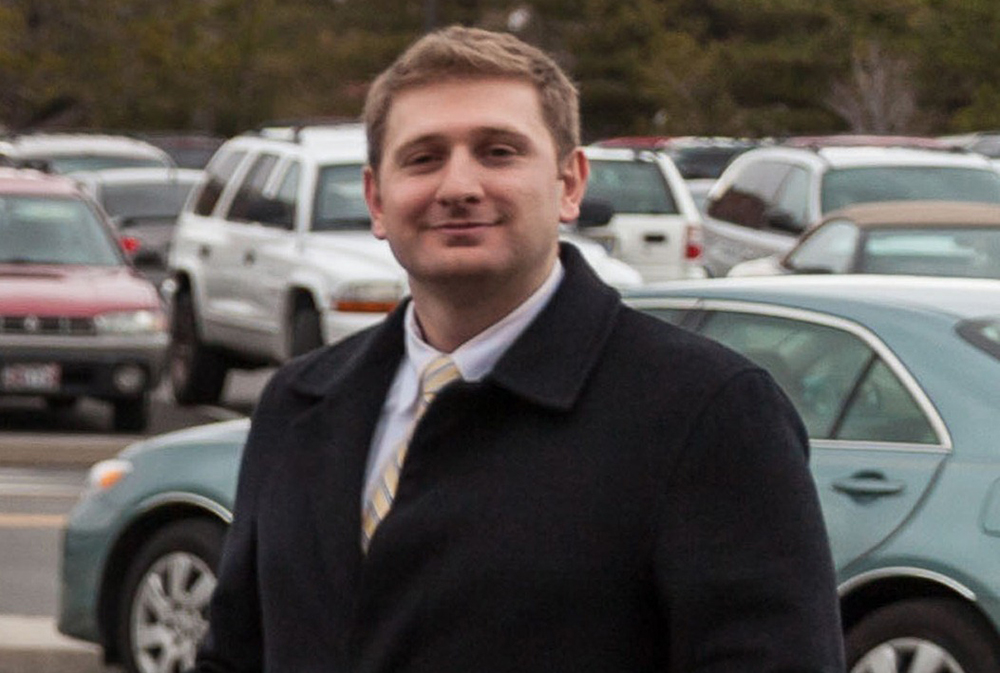 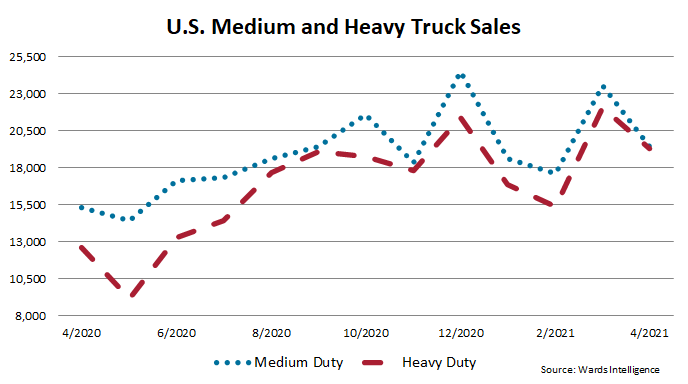 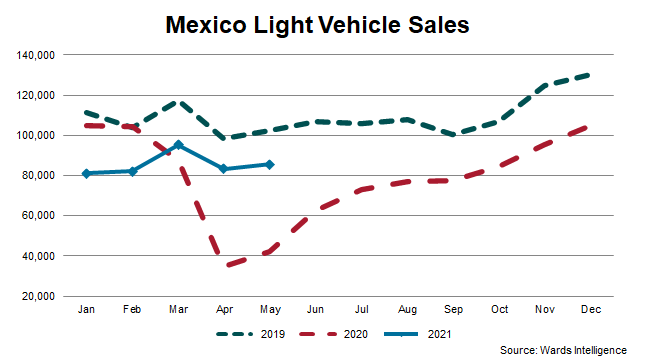 Mexico Sales Jumped 112% in May

U.S. Truck Sales and Inventory by Weight Class, May 2021 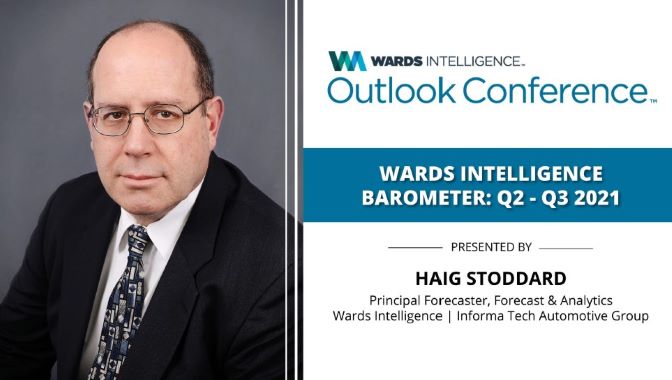 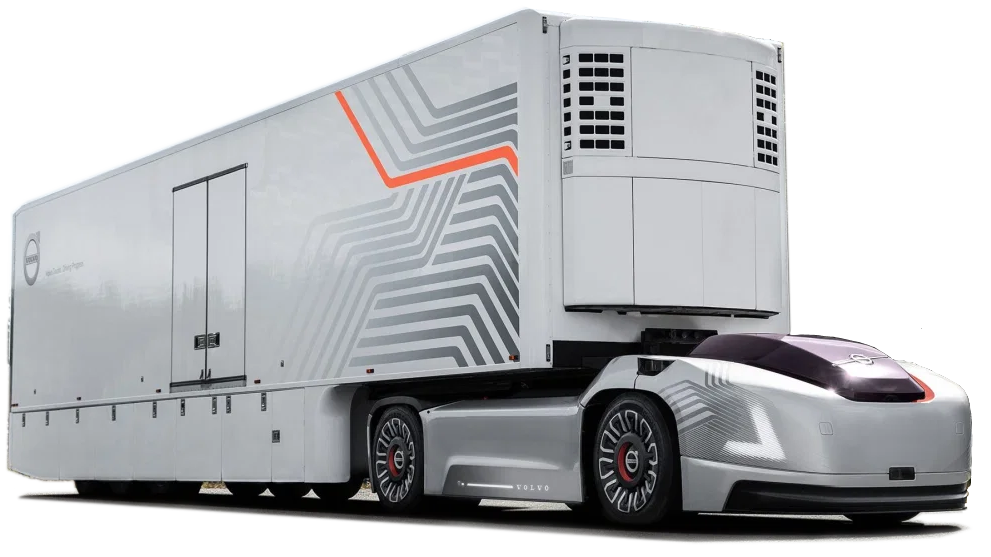 Cutting Through the Autonomous Vehicle Hype: Industry Challenges and Solutions 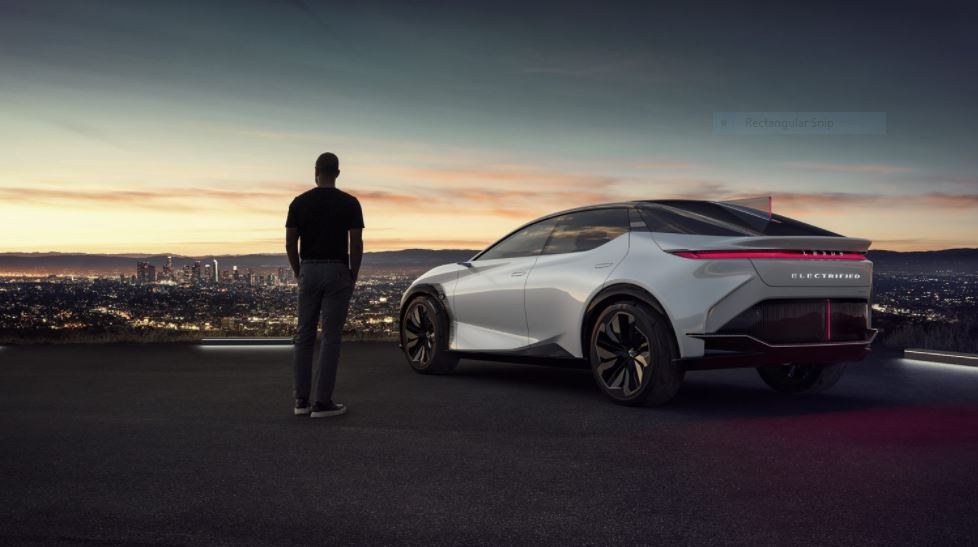 Toyota: We’re Not Anti-BEV, But…