The forecast 18.4 million-unit SAAR in November would lead to the first 3-month streak of 18 million-plus results. 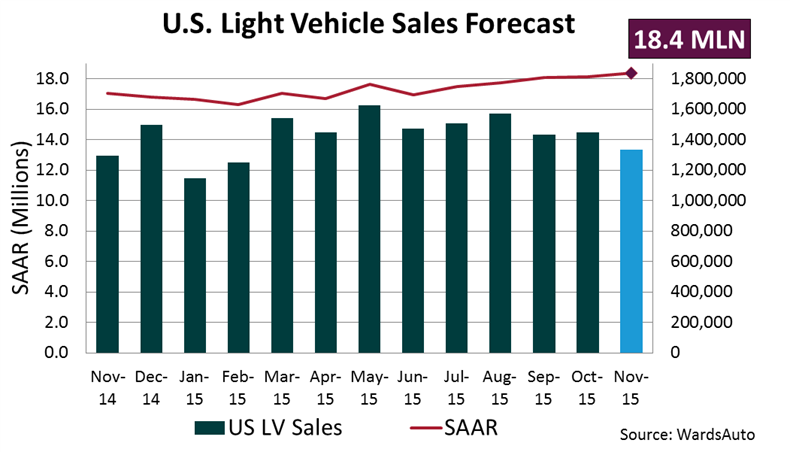 A WardsAuto forecast calls for U.S. light-vehicle sales to reach an 18.4 million-unit seasonally adjusted annual rate in November, leading to the first 3-month streak of 18 million-plus results. The forecasted SAAR would be the highest monthly outcome since July 2005’s 20.6-million.

The report calls for 1.33 million light vehicles to be delivered over 23 selling days in November. The resulting daily selling rate of 57,963 units represents a 12.1% improvement over same-month year-ago (over 25 days) and a 12.6% month-to-month gain on October (28 days), ahead of an average 9% October-November jump over the past three years.

The total includes 532,000 cars, up just 0.2% from year-ago based on daily rates. New-product launches and inventory clear-out sales are keeping the vehicle type in the black this month. Light-truck sales, mostly boosted by CUVs, are expected to grow 14.8% daily to 755,000 units.

Growing popularity of the Thanksgiving “Black Friday” weekend auto sales and incentives is expected to boost month-end activity more than usual. A small increase in payrolls in the previous month and low fuel prices make new-vehicle purchases even more affordable. Daily sales rate gains are forecast for the top seven automakers in November.

Nissan is forecast to see the biggest growth from last year, up 15.8% with 110,000 deliveries for the month. Honda likely will see the least growth of the major automakers but still be up a healthy 9.3% with 123,000 sales.

At forecast levels, year-to-date LV sales through November would come to 15.78 million units, 5.6% above the same period last year. 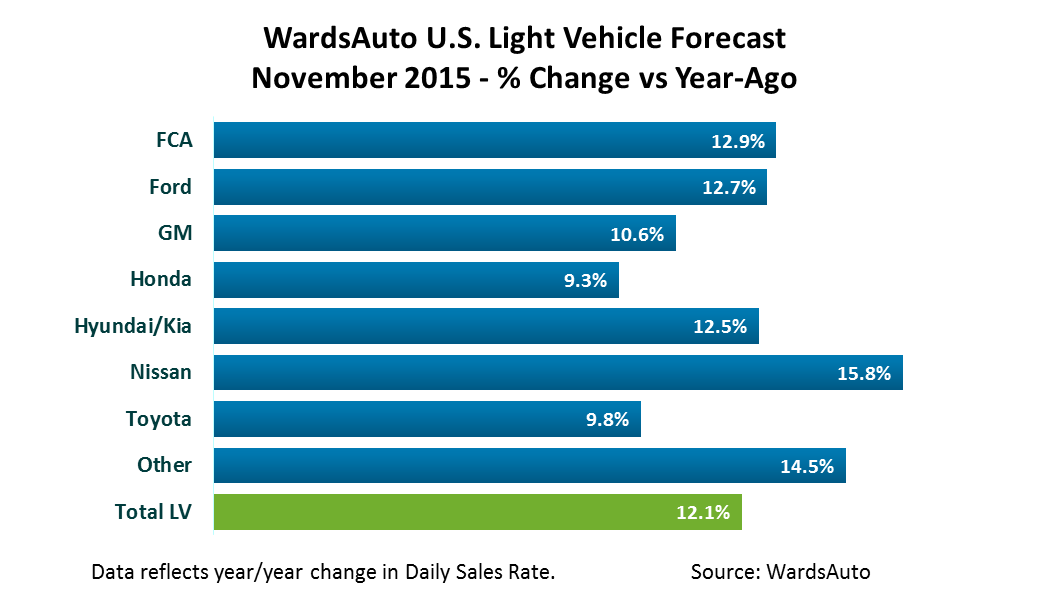 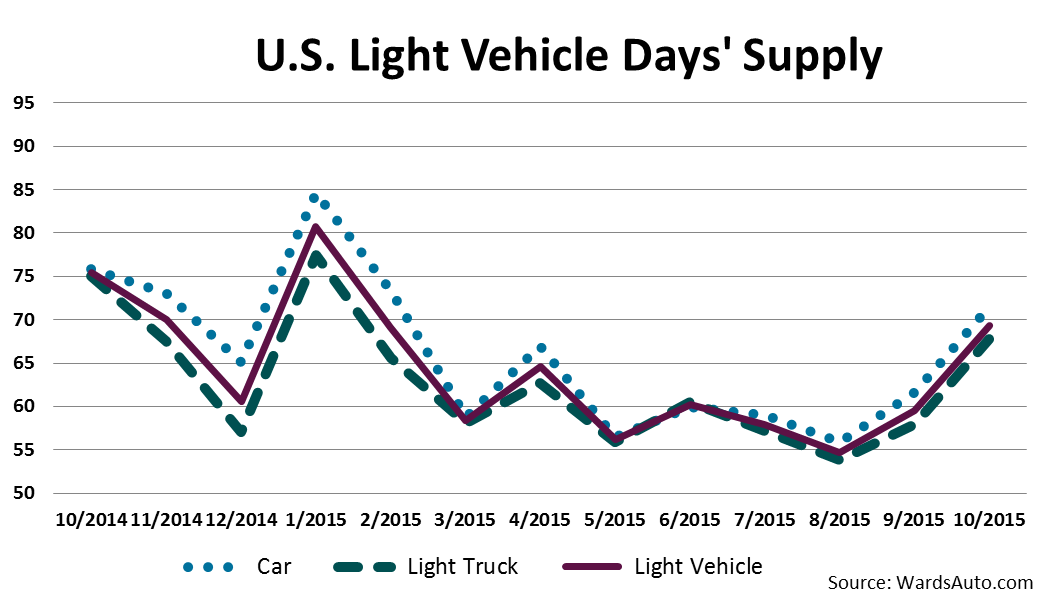