The steps to the future are numerous. Not only would an auto maker need to have a robust system that can handle driving better than a human, but government rules would need to be changed and society would have to see benefits. 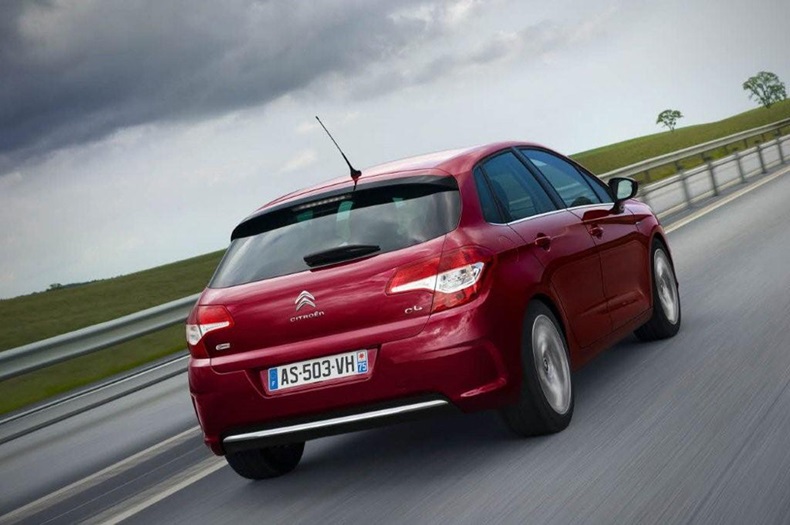 PARIS – Despite the much-hyped “Google Car” that drives itself and the mountain of technology global auto makers and suppliers are developing to allow cars to make safety decisions, autonomous driving will be a long time coming, says a PSA Peugeot Citroen engineer working on the process.

“We have a lot of work to do to launch the complex functions (of driving autonomously) in real life,” Vincent Abadie, PSA chassis and safety expert leader, says at the international Vision 2012 industry conference here sponsored by the SIA, the French automotive engineers society. “We think that it will take quite a long time.”

The problems with developing autonomous driving outlined at the conference are both numerous and challenging to the engineers working on them. Indeed, Advanced Driver Assistance Systems has become a word among Europe’s auto makers and suppliers: ADAS, pronounced like the start of “audacity.”

Safety technologies such as lane-departure warnings, parking aids and adaptive cruise control all are co-pilots aimed at helping drivers, and nearly all such systems initially were launched by premium brands. But they quickly are moving into higher-volume segments, and it’s becoming possible to imagine autonomous driving.

Emergency braking systems, for example, which brake at full force when the driver’s foot moves at emergency speed from the accelerator to the brake pedal, are standard on models such as the Renault Clio B-segment car.

Today’s driver-assistance features are informational and active with partial control of the vehicle that a driver can choose to override. For instance, with lane-departure warning, a driver can ignore the vibrating haptic signal in the steering wheel and continue crossing the center line.

“For the future, we can suppose that ADAS will take increasing control of the vehicle, and the driver won’t be as much the master of the system,” Abadie says.

The steps toward the future are numerous. Not only would an auto maker need to have a robust system that can handle driving better than a human, government rules would need to be changed and society would have to see benefits.

For one thing, quality control in development won’t be good enough, Abadie says, and “the ISO 26262 norm from aeronautics will become the reference for safety study in automotive.”

ABV, a French program involving auto makers and 10 research centers and suppliers, is working on the first steps toward autonomous driving.

Among the requirements for the first vehicles, says Sebastien Glaser, a director on the project, is what ABV has identified as “safe roads that achieve a given quality of service,” with  well-marked lanes and limited access to give sensors the best chance of making a correct diagnosis.

“In traffic jams, it would be interesting for the driver to delegate some driving tasks to the autonomous system,” he says, noting ABV is aimed at streets such as the ring road around Paris and the freeways that lead to it.

The ABV program is designing a car that can drive itself at speeds up to 35 mph (50 km/h) or give the driver complete control. Managing the transition between the two states is the most difficult task, Glaser says.

ABV is funded through next March, when it is expected to have a prototype ready for a test track.

Euro NCAP is pushing to make emergency braking standard on all cars, says Marc Pajon, a Renault engineer working on ADAS, and there likely will be regulations on technology for monitoring driver drowsiness.

“A sense of position will make possible many ADAS strategies,” he says, noting many premium cars now have sensors that understand the environment all around the vehicle to handle various functions.

The problem is adding all these features pushes the technology out of the affordable range for a volume auto maker like Renault.

“The catalog approach is all the things that we can do one by one,” Pajon says, but “my customers’ pockets have some leaks. We need to lower the cost and do a system that customers can afford.”

Renault believes suppliers could develop a complete integrated system using the same sensors for different tasks, with the whole being more affordable than the sum of the parts.

The auto maker’s first step in that direction is to use a single camera as the sensor for lane departure and automated headlights that dim when cars approach.

At PSA, ultrasound sensors used for parking assistance also provide blind-spot detection on the Citroen C4. “It does not provide the same performance as those with lidar (a light-detection and ranging system that uses remote-sensing technology to measure distance),” Abadie says, “but it is affordable, and people buy it as an option.”

Customers, consumer groups and regulatory agencies all want to see ADAS technologies more widespread, he adds, but the functions must be affordable.

To fit with Renault’s customers, the human machine interface must be easy to use and “suggest rather than tell” when there is something to communicate to the driver, Pajon says.

In general, an ADAS would make an intelligent choice of speed, keep the car at a safe distance from others, avoid collisions and stop safely and automatically “if the driver is unable to drive,” he says, adding, “maybe this comes later.”

The state of the driver is important to ADAS programs because driver error is the cause most accidents.

“Information that is available when visibility is good needs to be processed by the driver,” says Albrecht Kraus, director-research and development at the Philips business unit on mobility.

While auto makers such as Mercedes-Benz, Ford, Volvo, Volkswagen, Nissan and Toyota are introducing systems to detect driver drowsiness in some new cars, Philips is developing an aftermarket product that measures unexpected swerving as an indication of drowsiness.

“There are many reasons for bad driving,” says Serge Boverie of Continental Automotive, including drowsiness, talking on a mobile phone, diminished physical capacity or socio-economic pressure to get somewhere in a hurry.

Although driving under the influence of drugs or alcohol is blamed for a significant number of accidents, ADAS developers are not tackling that specifically because governments handle it with laws. Driver-drowsiness systems presumably would detect an impaired driver.

Telephones use is a specific driver distraction often blamed for accidents and bad driving.

“Concerning the phone, this is still an open discussion,” Boverie says. “In France, the phone is not allowed at the wheel, but we can use hands-free phones. You don’t have to dial, but when you are in a conversation with someone else you can be distracted.”

A government-sponsored project in France is dealing with driver distraction, including mobile-phone use.

Anne Guillaume, head of the French “accidentology” laboratory LAB, says a European Union project is under way to duplicate an American study that shows dialing a phone raises the danger level by a factor of six but simply talking on the phone does not.

“Driving conditions are not the same in Europe,” she says, so the study is being done “to see if we have the same results.”

It would be easier if engineers were designing robot cars for roads people never use. But with pedestrians, bicycles, motorcycles, stray dogs and bad drivers plying the streets, engineers say the challenge to create autonomous cars is enormous.

“Even when all sensors work well, there can be wrong interpretations,” says Abadie. “You will have to make a huge number of tests, like driving 10 million km (6 million miles) to validate a function. And the detection rate will not be 100%.”

As for Google’s autonomous car, which more than 3 million people have viewed on YouTube, “It is not perfectly realistic from an industry point of view.” 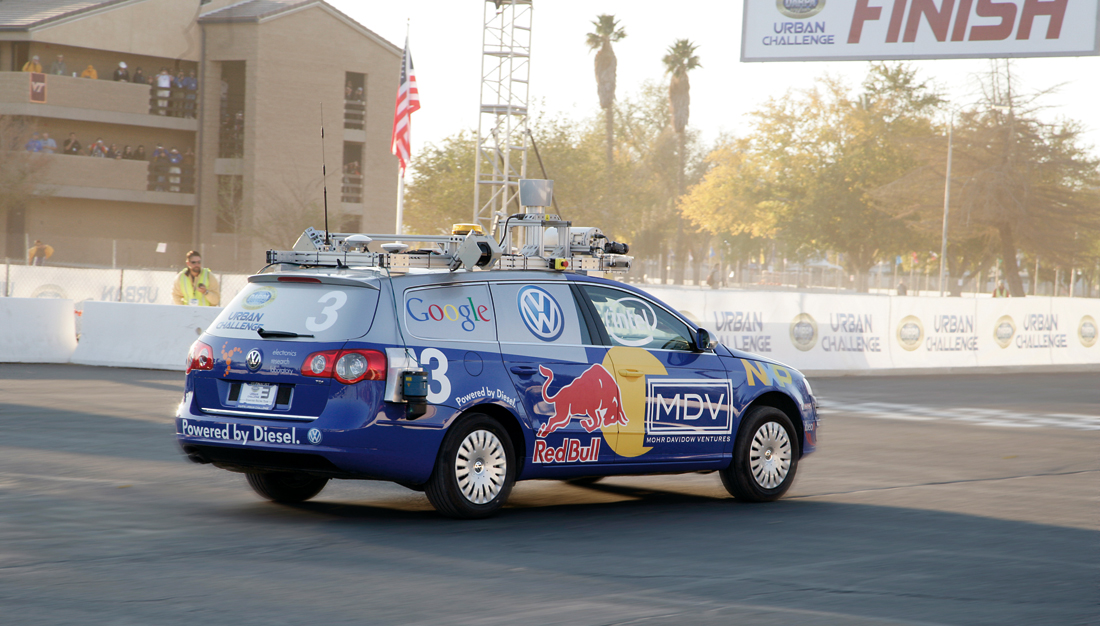 Drive Toward Autonomous Cars Shouldn’t Be So Automatic, Critics Warn 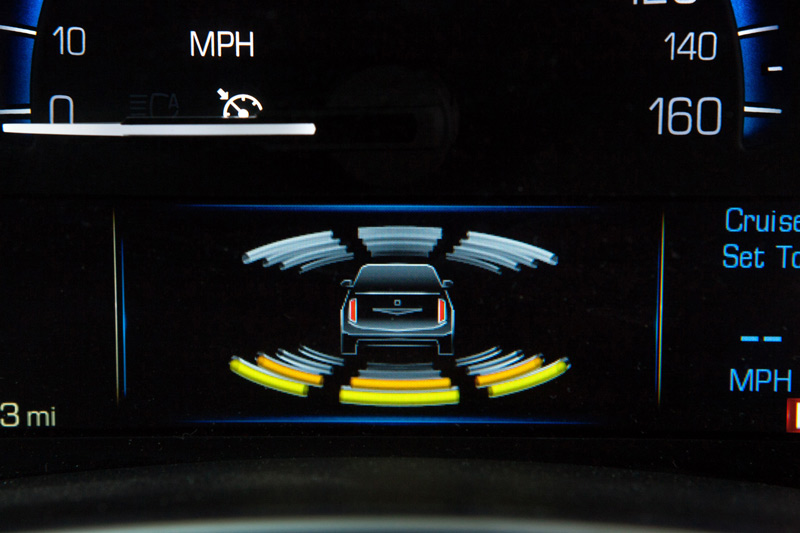 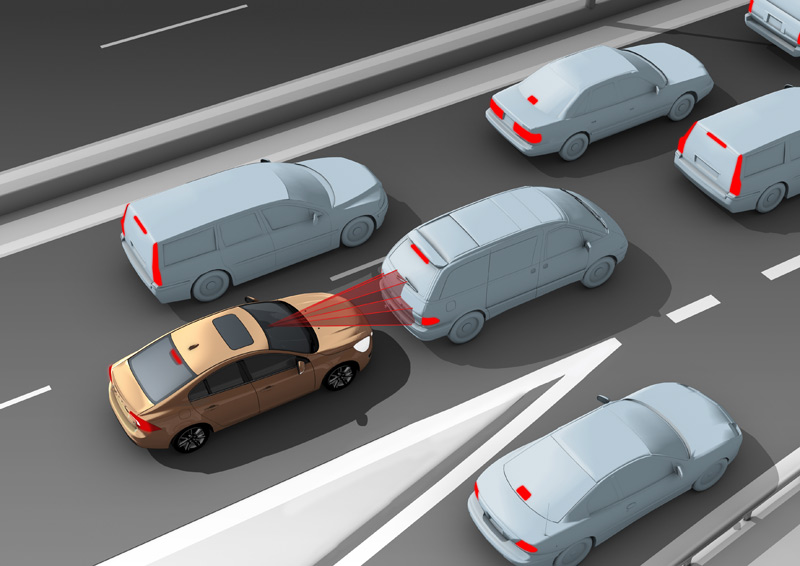