Delphi Onboard With Autonomous Cars

The supplier has active-safety contracts with Ford, Volvo and Hyundai, and the head of the Electronics and Safety division sees the future need for additional manufacturing capacity. 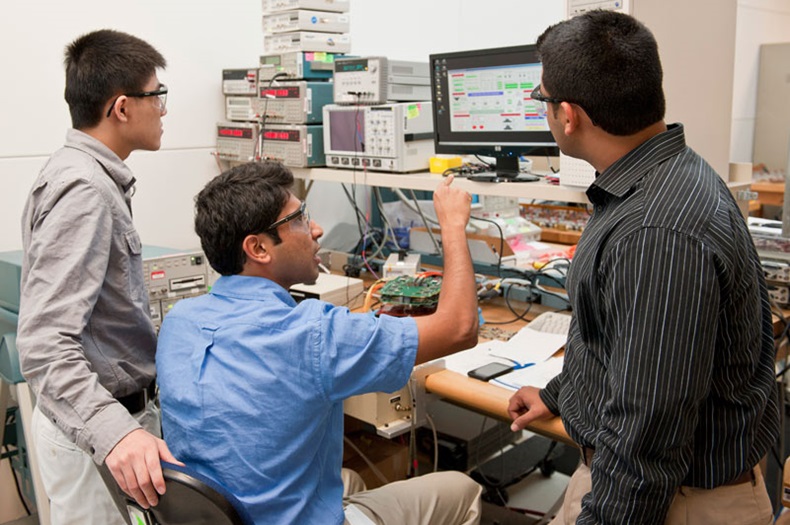 Delphi technicians at work in Kokomo, IN, power electronics lab.

AUBURN HILLS, MI – Another cheerleader for autonomous vehicles steps forward, as Delphi positions itself to supply the enabling radar systems, cameras, sensors and other electronics.

And even though the sector is in its infancy, Jugal Vijayvargiya can envision a day when he would have enough confidence in the technology to put his children in a self-driving car and send them off to school.

“That’s the vision for the future. It’s a huge leap of faith,” Vijayvargiya, Delphi’s senior vice president and president-Delphi Electronics and Safety, tells WardsAuto during an interview at the supplier’s tech center here.

Today, the technology is advancing nicely but remains at the “experimental stage,” says the Indian-born Vijayvargiya pronounced (VEE-jay-var-GEE-ya). Twenty years ago, he says he could not have predicted common acceptance of adaptive cruise control, autonomous emergency braking and electronic stability control, all of which now are in production and vital to the future of self-piloted vehicles.

“So, 20 years from now, how will I feel based on the level of technology and how it will advance? We will have to evaluate in 20 years,” he says.

But riding in a customer’s autonomous vehicle in California a month ago, Vijayvargiya says the vehicle’s intelligence surprised him. He describes the whole experience as enlightening. He was a passenger while someone else was at the controls, monitoring the vehicle.

“When you first get into the car, you think, ‘How exactly is it going to operate?’ I was perfectly fine, and I was in the car about half an hour,” he says. “There were a couple times I thought, ‘Is the car going to do this or that?’ But I can tell you, I was comfortable in it. I didn’t have any issues.”

He says it’s just a matter of time before the technology is ready for mainstream adoption.

Delphi is partnering with several auto makers and other companies, including Google, which has driven autonomous test vehicles for tens of thousands of miles. The Internet search giant has said it will be ready to market such a car by 2017, but the company is facing hurdles that could slow its introduction.

Delphi’s Electronics and Safety unit is supporting a number of auto makers launching active-safety programs, such as Ford, Volvo and Hyundai.

The technology is becoming vital as drivers are increasingly tempted to text or fiddle with mobile devices while behind the wheel, causing distraction.

“Everyone wants to take the digital lifestyle into the car, and that means they want to text and be on Facebook,” Vijayvargiya says. “Why should their digital lifestyle be compromised just because they happen to be sitting in a car? We want to enable that. That’s where safety comes in.”

At one time the world’s largest automotive parts producer, Delphi endured massive restructuring before and during a 4-year bankruptcy case that ended in October 2009.

Commodity product segments were jettisoned and thousands of jobs eliminated while sectors promising advanced technology, such as electronics dedicated to active safety, were embraced as a core pillar for building the new company.

Vijayvargiya, based in Wuppertal, Germany, has led Electronics and Safety since February 2012, and the division focuses on software for passenger safety, comfort and infotainment, as well as body controls, connectivity, power electronics, displays and mechatronics.

Delphi reported $15.5 billion in 2012 sales, and 18% of it came from Electronics and Safety, which posted operating income of $264 million for the year.

The division has 17,000 employees, including 5,000 engineers and scientists. Technical centers and manufacturing plants are located on nearly every continent and in every major vehicle market.

The company that once had dozens of plants in the U.S. now has barely any. Electronics and Safety has 17 plants, including 10 in Europe and the Middle East, three in North America (with two massive operations in Mexico), three in the Asia-Pacific and one in South America.

Although post-bankruptcy Delphi has cautiously approached expansion, Vijayvargiya says he expects growth will be inevitable in his product segments.

“We are going to get to a stage where it will be a 100% take-rate,” he says of active safety. “Just like we saw with seatbelts, airbags and stability control. Clearly, it will continue to be an add-on for us in capacity, both from the R&D side as well as from the manufacturing side. I absolutely see it.”

When it comes time for that expansion, Vijayvargiya says he expects the need to be most critical in Europe, followed by the U.S. and China. 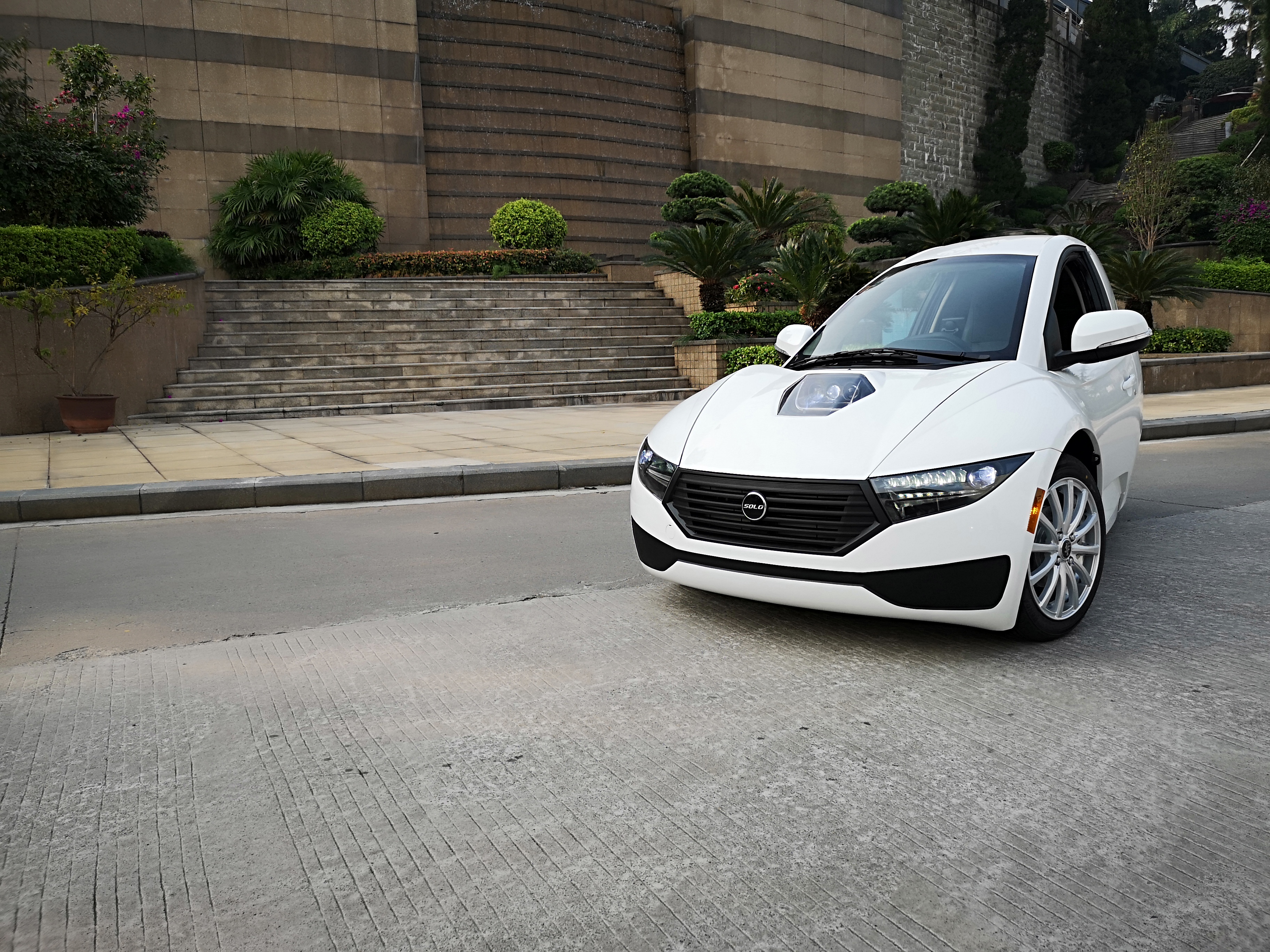 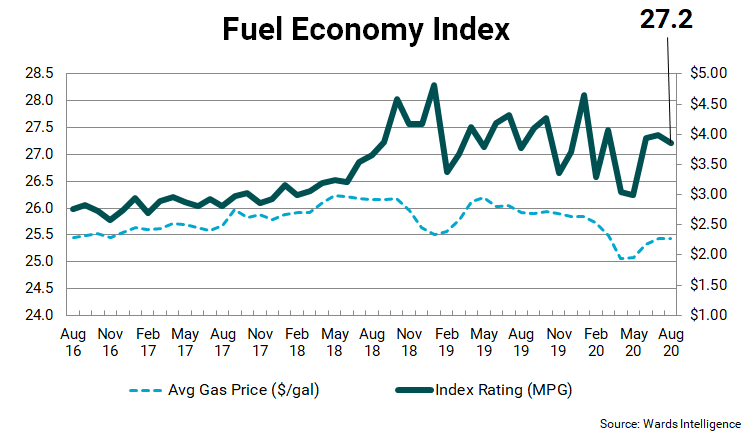 Fuel Economy Up in August